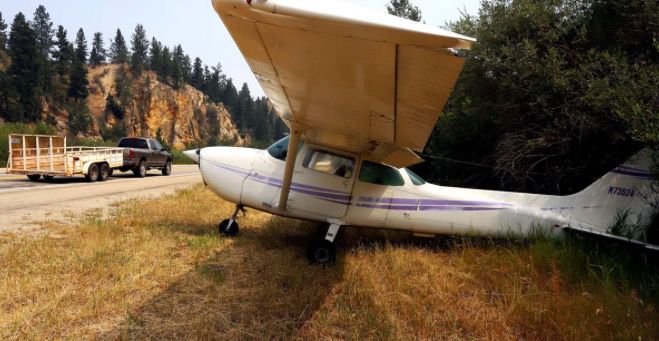 A Montana pilot is in jail after he allegedly stole a Cessna 172M and made an emergency landing on a highway near Hamilton, Montana. The Ravalli Republic is reporting Kacey Shane Gessner was charged with grand larceny in a Ravalli County court and bail was set at $50,000. Gessner was also wanted on five outstanding warrants in his hometown of Helena, Montana. One of his passengers, Brittany Rae Treib, 30, was also arrested on drug and evidence tampering charges. A third passenger was located but not charged.

Gessner allegedly took the 172 from the ramp at the Helena Airport in the early morning hours of July 25. He told sheriff’s deputies he ran into fuel problems and was forced to put the aircraft down on Highway 93 south of Hamilton at about 4 a.m. Justice Jennifer Ray told Gessner she was surprised he was able to pull off the landing. “I’m a good pilot,” he told the court. The FAA registry says Gessner got his private certificate in 2014 and was flying on an expired medical.