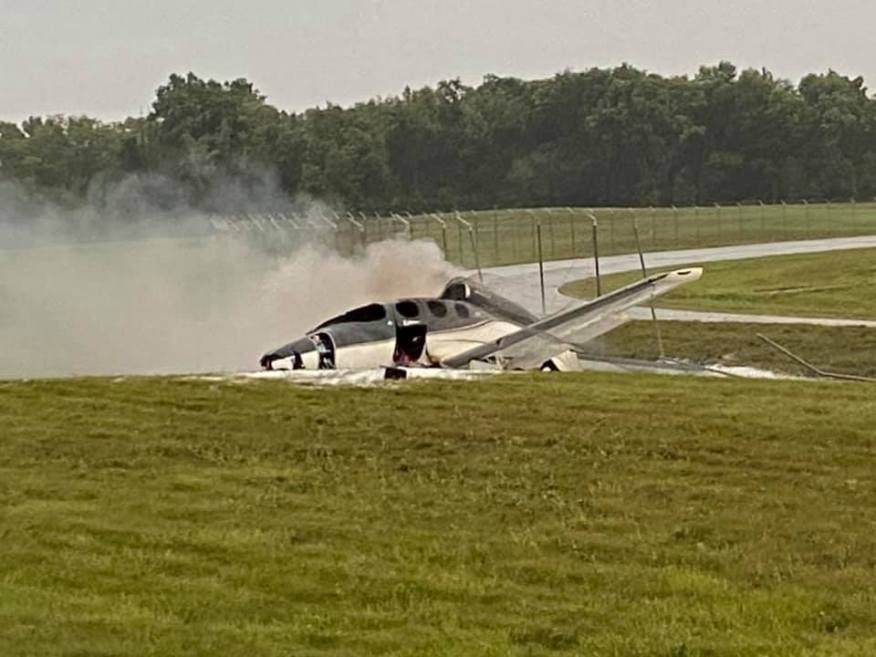 All four people and a dog aboard a Cirrus SF50 VisionJet walked away from what might be the first hull loss in an accident for the type at Capital Regional International Airport in Lansing, Michigan, on Aug. 24. The single-engine jet went through a fence at the end of a runway during a takeoff attempt with a thunderstorm approaching the airport. A wind shear alert was issued just before the aircraft was cleared to take off, according to ATC recordings posted to YouTube with a simulated cockpit view of the crash sequence whose accuracy is unknown. According to local media reports, the occupants got out of the plane before it caught fire.

The SF50 went into service in December of 2016 and almost 300 have been delivered. Weather at the time of the crash, just before 7 p.m., was unstable with thunderstorms in the area and gusty winds. A cell passed over the airport just after the crash and dumped a half inch of rain in about 20 minutes as firefighters put out the blaze. It has not been confirmed if the weather was a factor in the crash. In 2019, an SF50 was destroyed when it caught fire on the ramp at Santa Monica Airport in California.