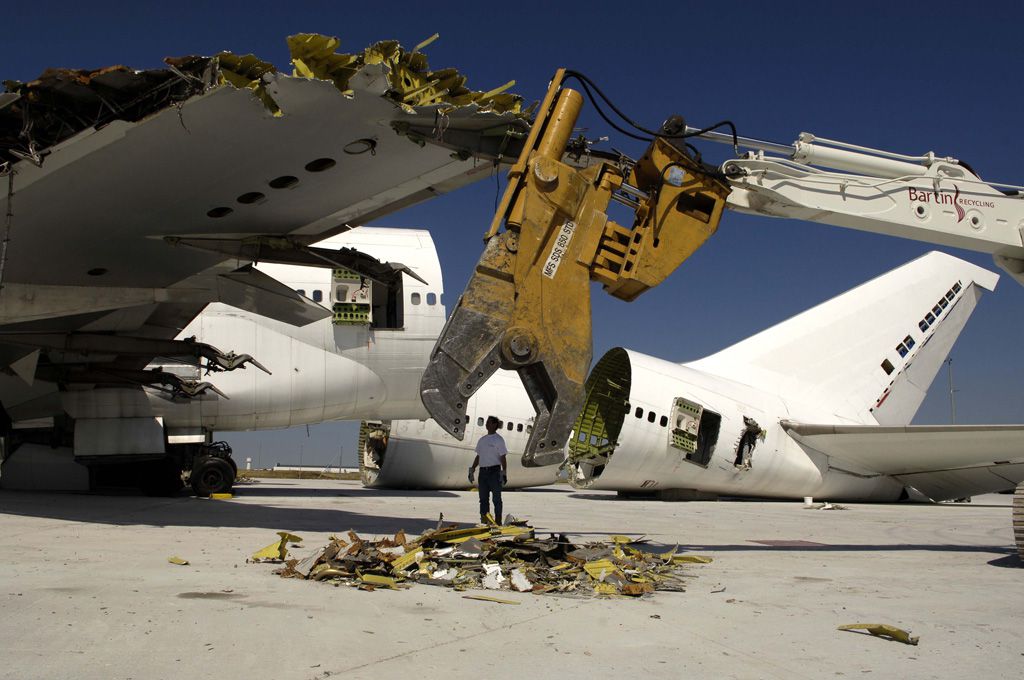 As one part of the market declines, the shift inevitably benefits another sector and the aircraft recycling business is apparently ready to boom. There are now more than 6,000 flyable airliners in storage around the world compared to about 2,500 before the pandemic and UAE publication The National News is reporting that many of them will be carved up for parts. “We expect jet recycling market to increase as the number of aircraft and parts available for tear-down significantly increased during the pandemic,” Michael Wette, head of transport and services at Oliver Wyman in India, the Middle East and Africa, told the publication.

The pandemic lull in aviation activity has prompted many airlines to juggle their fleets in favor of more modern and efficient airframes but there are plenty of older aircraft flying and used parts are sought after for keeping them in the air. “Customers remove high value parts such as landing gear, thrust reversers and auxiliary power units and components such as avionics, slides, seats and galleys,” Steven Taylor, senior vice president of sales and marketing at aircraft recycling company eCube Solutions, told the publication. After all the high-value parts are stripped, most of the rest of the aircraft can be recycled in one way or another. Carbon fiber is among the least recyclable materials.