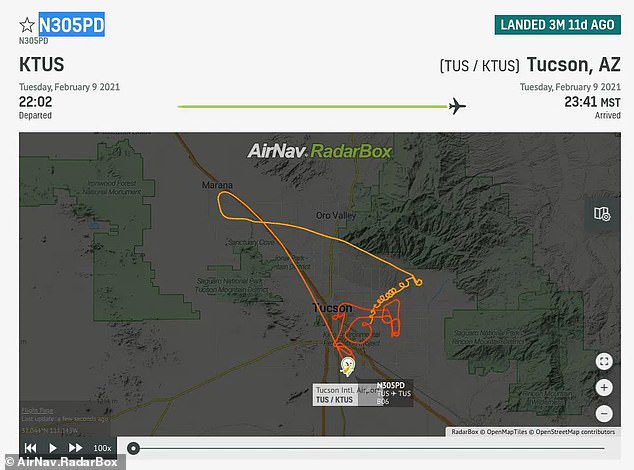 The Drive has posted ATC audio of a bizarre police chase in the skies over Tucson last February that, beyond the security and safety concerns, had all involved wondering just what they were witnessing. As we reported last May, the FBI was called in to investigate the mysterious encounter, which included an aerial tour of Davis Monthan Air Force base and ended when the drone shot up to 10,000 feet never to be seen again. The tower tapes (the recording is 70 minutes) reveal just how sophisticated and capable the aircraft was. “I assure you it was not a quadcopter, and it was the most advanced drone we’ve dealt with over the last decade here. Its abilities were pretty incredible, um, I just—I can’t tell you exactly its size,” a police helicopter crew member said in the tapes.

The encounter began with the rogue aircraft flying around a Customs and Border Patrol helicopter, at times toying with it by hovering just above the CBP aircraft’s rotors. The federal government helicopter was joined by one from the Tucson Police Department and they played cat and mouse for more than an hour. The helicopters ran low on fuel. The drone showed no signs of running out of power after at least 70 minutes of high-speed flight with lots of maneuvering. The FBI says it still has no idea what the aircraft was or who operated it but the crews in the helicopters traded speculation over the radio. “It has to be satellite-driven because there’s no line-of-sight, there’s no cellphone coverage that could have dealt with that, so it has to be satellite-driven, which is pretty freakin’ sophisticated,” a police crew member said on the tapes.