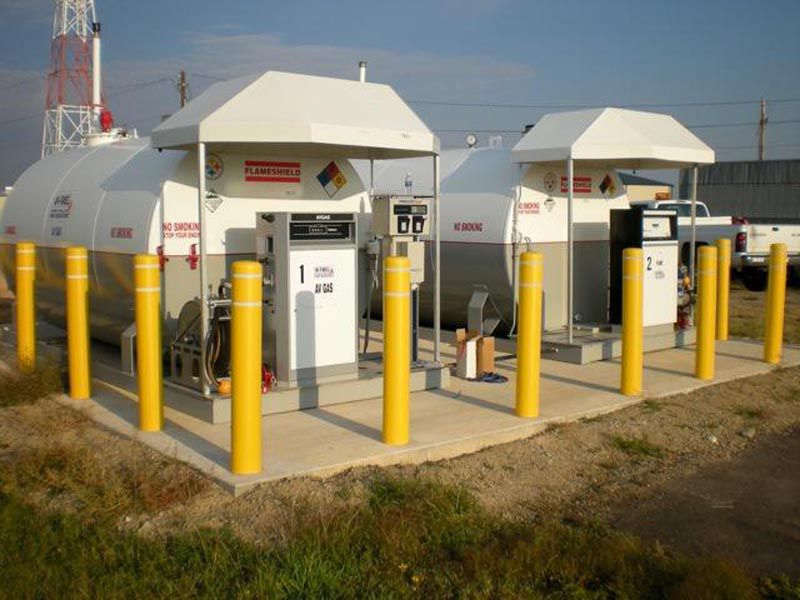 If you can imagine for a moment an all-powerful criminal mastermind like Bond villain Ernst Stavro Blofeld convening his evil minions for a can’t-miss diabolical scheme to take over the world, what would it be? A fleet of space weapons capable of seizing control of all the world’s airliners and threatening to crash them? Amusing and creative, yes. How about a voracious organism to turn the world oil supply into strawberry jello? I’d prefer cherry myself, but I see the dramatic potential. Or a secret moon base with multi-barrel lasers to vaporize world financial centers? Could work.

A surer bet might be to turn the aviation industry loose on finding a new unleaded fuel and watch—without amusement—at the ensuing uncertainty. I’d describe it as chaos instead, but nobody has enough information to know if it rises to that level or is just plain hopelessness.

So let’s review. As we reported in July, General Aviation Modifications Inc. has a limited STC approval for its G100 unleaded 100-octane fuel. Embry-Riddle has backed out of being a launch demonstration customer for that fuel due to cost, but GAMI and Avfuel, who will produce and distribute it, are confident they’ll find another taker. It will take more than one, of course, so there’s little doubt we’re looking at a long slog to develop the market. Avfuel’s Craig Sincock said as much.

Meanwhile, with the scent of unleaded in the air, will the major oil companies still making 100LL—Phillips, Chevron, Exxon and Shell—hang around to see what happens or take a wrecking ball to their lead shacks before Avfuel (or anyone else) can industrialize G100 for wide distribution? There is profit in refining leaded avgas, but not a lot and it may look less attractive if 100LL really is the sunset product we all think it is.

Meanwhile, the EPA plays the cat in Blofeld’s lap. Will it, as it has been expected to do for years, finally drive the nail in 100LL’s coffin by declaring the aviation industry’s use of lead as a health endangerment? This seems like a foregone conclusion, but we’ve thought that for about 20 years now.

Further caginess comes from Swift Fuel, which has been and is distributing a low-octane UL94 aviation fuel, albeit not widely. Improbably, it announced it’s expanding the market by adding another 47 airports in California to its supply outlets. Still, UL94 remains a market demonstration fuel and with few exceptions, the airports offering it are selling low volumes. Further muddying the mix—but possibly portending competition for G100—is that Swift is developing its own 100-octane fuel, 100R.

If you can see where this is going, let me know. I have no idea and I don’t think anyone else does, either. No one knows if the majors or minors will stay in the leaded avgas business to the bitter end, whether they’ll sign on for licensed production of G100 or Swift’s 100R, if it graduates from development, or if UL94 has legs in the market if 100-octane gains a foothold relatively soon.

Are we about to set the clock back to the days when we had two grades of aviation fuel—three, really—only unleaded this time? Maybe. But it would likely be a highly Balkanized market. “If Swift came out with 100 octane, we would go to that and stop UL94. Most people need at least 91 octane, so that’s so close to 100, we might as well switch over,” Mike Hudetz, who oversees Rochelle Municipal Airport in Illinois, told me when I canvassed a half-dozen airports selling Swift UL94. But the feeling is far from universal. “We are hoping to keep both,” said Spike MacGregor, ops director at Price County Airport in Phillips, Wisconsin. “Some people have said they would rather go back to autofuel,” he adds. So that “both” might include autofuel and a 100-octane candidate.

Swift has a tiny market presence with UL94. According to its website, only about 25 public use airports sell UL94, most centered on the Midwest where Swift’s sole supply source is located in Indiana. The California announcement more than doubled that. Thus far, the fuel has been delivered only by truck, but it may be ramping up sufficient volume to consider rail, which is cheaper.

The airports selling it report that customers are uniformly happy with unleaded fuel and may not care who supplies it. “I’ve paid attention to where we’re going with unleaded fuel. There’s a market for it. People want it,” said Dan DeMeo of Rabbit Aviation Services in San Carlos, California, where the airport has been selling UL94 since 2016. “It’s a lot nicer to work with. I like it better than 100LL,” he adds. Like the other airports I contacted, DeMeo reports no issues or complaints with on-time supply or available volume, which might prove a business model based on low volume delivered from distant suppliers. That’s where GAMI is likely going, at least initially.

Some buyers have equated unleaded fuel with higher prices than 100LL, but that’s not always true with UL94. In fact, it’s mostly untrue. Last week, my price survey found that UL94 was cheaper than 100LL at four of the six airports I checked with, the same at one and more expensive at one. I would call it, then, currently price comparable to 100LL, despite the transportation costs. Even at San Carlos, 2200 miles from the rack in Indiana, 94UL is a dime cheaper than 100LL. (Not having seen the P&L, we don’t know if this pricing is sustainable or set at loss-leader economics.)

What this suggests to me is that UL94 is not necessarily DOA when an unleaded 100-octane arrives, be it G100, 100R or something we don’t know about now. A surprising number of airports already have dual tankage so this isn’t the showstopper I once thought it was. It will likely be driven by the voice of the customer.

“It a hard call to make,” said Brad Stanford, who runs Dublin Municipal in Dublin, Texas.

“There’s always a possibility of two fuels. There’s not enough market research to say. If pilots aren’t constantly hounding them to get this fuel on the field, they’re [FBOs] not gonna do it.”

Of course, the other possibility of a two-fuel world is GAMI’s G100 and Swift’s 100R. Or some other player we don’t know about. And with the uncertain intent of the current 100LL supply world, I wonder if there aren’t going to be supply disruptions as the gaps get filled in, as they inevitably will.

I guess. Somehow, I sense it’s gonna be a long five years ahead.