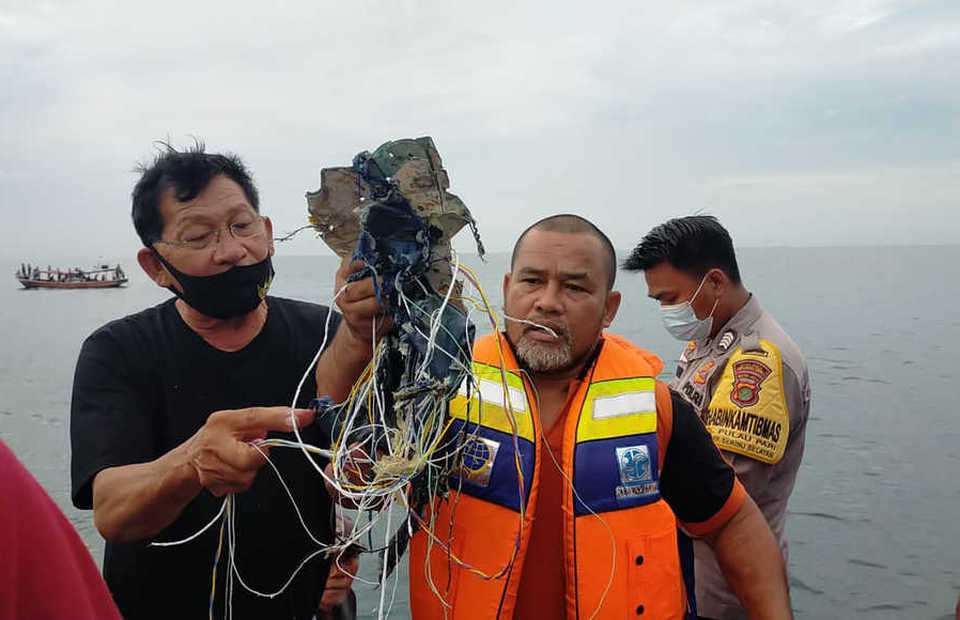 Searchers have found the flight data and cockpit voice recorders from a second generation Boeing 737 that went missing Saturday off the coast of Indonesia. Divers are expected to recover the devices on Monday.

UPDATE: The 737’s flight data recorder has been recovered and given to accident investigators. A search for the cockpit voice recorder continues. In addition, recovery crews have found parts of the 737’s engines, including a damaged turbine disc. “The damaged fan blade indicates that the machine was still functioning when it crashed. This [is] also in line with the belief that the plane’s system was still functioning when it reached 250ft [the impact elevation],” said an Indonesian aviation authority.

The Sriwijaya Air 737-500 disappeared from radar four minutes after taking off from Jakarta on the 90-minute flight to the Indonesian island of Borneo at about 2:40 p.m. local time. The last contact with the aircraft was a request to climb to 29,000 feet. A dozen vessels, including four warships, were concentrating their search in the waters between Lancang and Laki Island.

Authorities said fishers found metal debris in the area shortly after the aircraft went missing. The last major crash in Indonesia two years ago was the first of two catastrophic Boeing 737 MAX accidents that resulted in the 22-month grounding of the type and resulted in a $2.5 billion fine against Boeing for misleading authorities during the certification process. The aircraft involved in this incident was 27 years old.