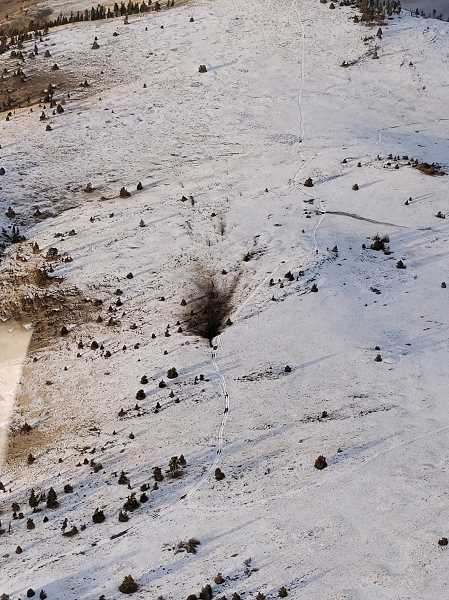 The pilot and passenger on a Cessna 560 were killed when the aircraft struck mountainous terrain on the Warm Springs Reservation in Oregon on Saturday. Aerial photos from the scene suggest the aircraft hit the ground nose down at high speed. The crash occurred at about 2:30 p.m. and occurred in rugged terrain in the Mutton Mountains. “Road conditions make access difficult due to snow and mud,” said Bill Elliott, chief of the Warm Springs Police. “Officers are utilizing a ATVs to reach the crash site.”

The aircraft was on its way from Portland to Boise and according to FlightAware’s track log it entered a ragged descent about 20 minutes into the flight and the speed varied between 360 and 400 knots. It lost about 26,000 feet in eight minutes with numerous heading changes during the descent. The plane was registered to SX Transport LLC, of Portland, and transferred to the current owner in October of 2020.

An earlier version of this story said the aircraft was an XL model but it was an early 560 without that designation.