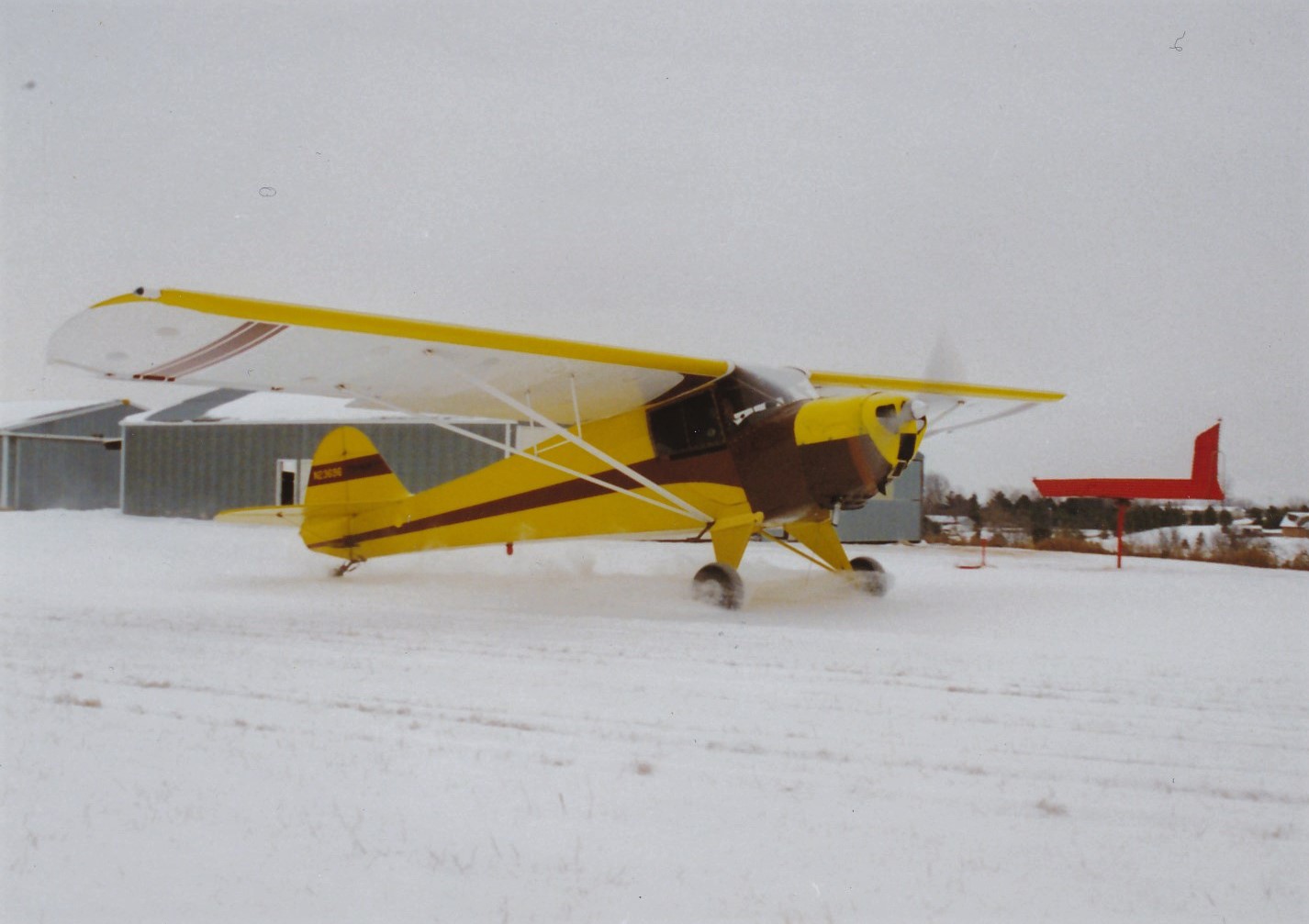 Winter Flying? Really, Must We?

Winter flying has its challenges, but so does summer flying. Given a choice between being too hot or too cold, I find it easier to build a fire than an ice cube. And I can always put on more clothing, but I can only take off so much.

One of the big advantages is the density altitude. When you get high pressure and low temps, you have to climb to cruising altitude just to get above sea level. It makes the performance figures in the POH truly attainable.

But, I must admit, my weakness is my fingers. It’s hard to find gloves that keep fingers warm without feeling like you’re wearing boxing gloves. It was worse when skydiving – hands high overhead in the toggles, blood draining out of the fingers meant they were little more than frozen clubs by the time I got to the ground. At least the tricky parts of finding handles and hacky-sacks were done by then, all that was left was flaring to land and even a frozen paw could accomplish that. Or aim for a fluffy snowbank.

Wrenching on a plane in the cold is a special form of hell – trying to fit a washer and nut on a hidden AN3 bolt requires dexterity permitted by no glove known to me. Then picking up a wrench that’s been bathing in liquid hydrogen.

So once I find a way to keep the fingertips working at below-freezing temps I’ll have removed the last obstacle to enjoying winter ops.

How To Fly The Pattern Without Making An $#@ Of Yourself

Great video, Paul! A bit of humor always helps, if for no reason than they keep watching.

Thanks again for a good laugh and a useful tool for us CFIs.

Speaking of landing on the road. I recall an article I read years and years ago (can’t remember where) about a pilot who decided to relive his youth by retracing the Rt 66 adventure driving vacation his Dad took the family on. Instead of driving, however, he decided to fly the route in a cub. Somewhere along the way he got a bit disoriented trying to find his planned fuel stop, an airport with a turf runway near the highway. He was already low on fuel, so he didn’t really have much search time. As he flew a circling search pattern he overflew an auto service station sitting alongside the highway a few times, and an idea formed. His cub was okay to use mogas, he was already low on fuel, and he hadn’t seen a car on the highway for miles.

A few seconds later and he taxied up to the pump at the service station. He hopped out of the plane and asked the incredulous attendant if he can use the toilet. As he’s walked back to the plane the attendant is still standing there scratching his head. Amused, and feeling a bit cocky at having avoided a disaster, the pilot says, “I guess you don’t get many aircraft landing here for fuel do you?”

The attendant points directly across the highway and says, “Nope. Most planes land at that airport right there.”