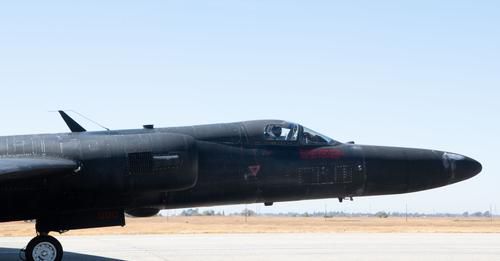 A GA pilot with an engine failure got some help from on high last week. The unidentified pilot lost his engine over Lake Berryessa, about 40 miles west of Sacramento, California, on Feb. 8, and he lost communication to air traffic control. But the distress call caught the attention of a U-2 Dragon Lady pilot about 70,000 feet above him. “I was climbing to altitude on a high sortie and about 20 minutes after takeoff I heard a mayday call from a civilian aircraft that was experiencing engine trouble over Lake Berryessa and was looking for a spot to land,” a 99th Reconnaissance Squadron pilot identified only as Maj. Heatherman said in a news release from his base at Beale Air Force Base near Sacramento. “I relayed this call to the supervisor of flying at Beale and to Oakland air traffic control to see if they knew about it.”

Controllers at Travis Air Force Base, about 30 miles south of the lake, knew about the emergency but had lost contact and that turned Heatherton’s spy plane into a radio relay station. “Due to the altitude of the civilian aircraft, Travis AFB was not able to hear or see them on their radar,” Heatherman said. “As a U-2 pilot, I was flying twice as high [as] most airliners, so I had a very good line of sight with my radios.” He relayed communications between the pilot and controllers. The pilot found a field to land in and wasn’t hurt. A Beale spokesman said his team was happy to help. “There is a common bond among all pilots, whether military or civilian,” said Maj. Dudderar, Beale’s 1st RS supervisor of flying. “We all will lend a hand if we can help in a difficult situation.”