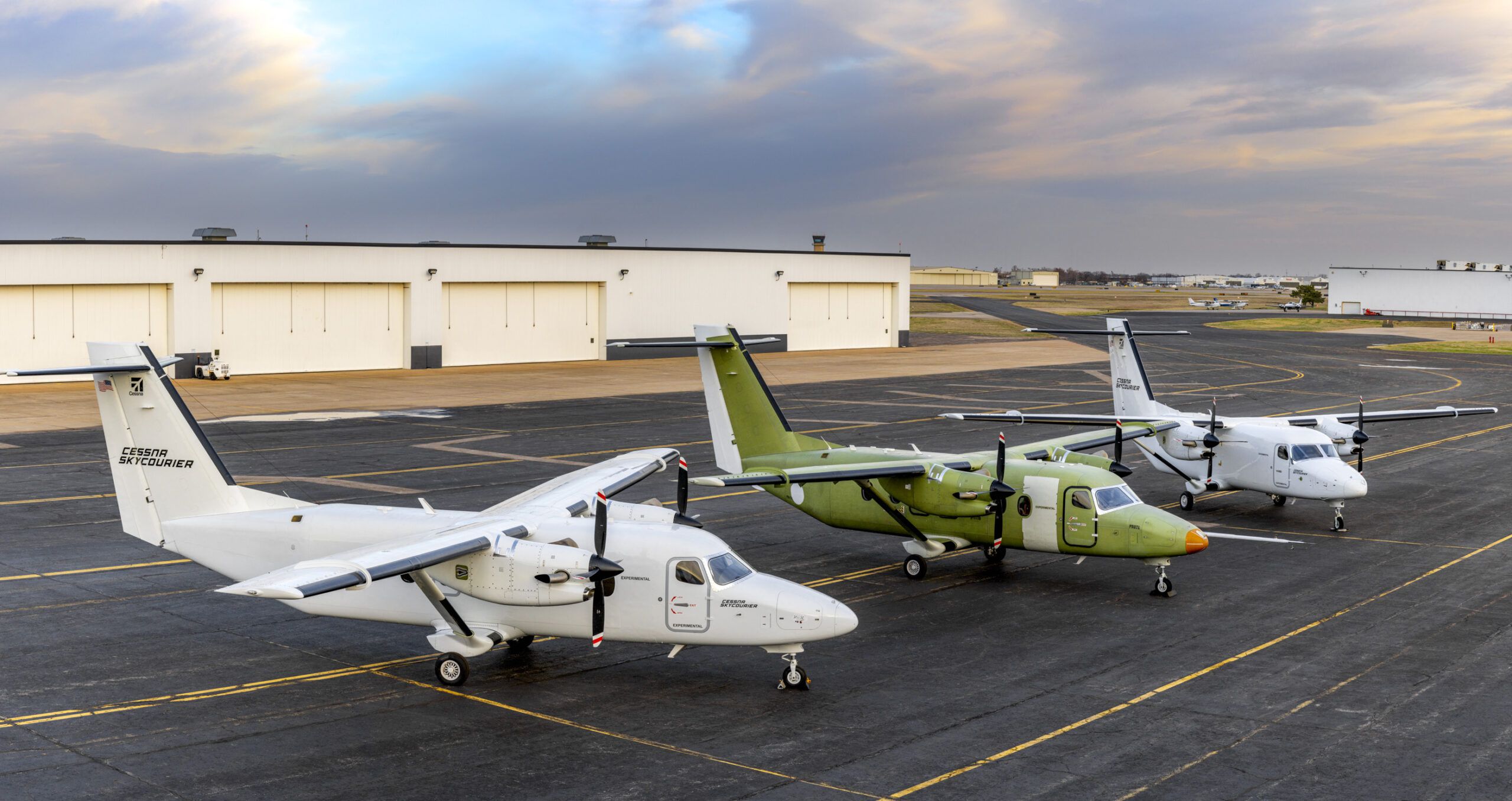 Cessna’s Perfect Timing On The SkyCourier

I like the SkyCourier. It strikes me as being “very Cessna”. Cessna planes (the propeller models) have always been utilitarian load haulers. While the Comanche pilots pontificate on speed, and the Bonanza owners brags luxury and control feel, while the Mooney has efficiency … the Cessna pilots talk useful load and short field capability. The 408 seems to come directly from that DNA. Strut-braced wing. Fixed gear. Probably hell built for stout with uncomplicated systems that just work well. Yes, it is square and boxy looking. It does a job. So I’m with you, Paul. I think it will be a hit. I think it will sit proudly next to the Caravan and the 206 in the lineup. I predict that we will see the 408 operating on floats and even skis sooner rather than later. Like a miniature Hercules.

I have excitedly followed the SkyCourier development. If form follows function, then this is a beautiful airplane – just so many good design decisions. The metal construction and PT-6 engines means it can be serviced anywhere in the world. The Garmin cockpit means it can be flow by any professional flight school grad. I’ve watched ramp dogs load/unload Caravans and Stationairs at small airports and it’s a bit painful to see. This plane so obviously solves that problem that it’s beautiful. With the growth in small- and mid-sized cargo markets, a LOT more places can get overnight shipping service. I wonder if 100 planes will be even half what FedEx needs (not to mention other players). It must be fun sitting working on any FedEx/Cessna team and discussing “how do we want to revolutionize the cargo game, again?”

I was able to take part in a demo of this device and was impressed with how well it simulates the transitions into and out of IMC. It’s a surprise when the CFII sets different visibility levels like you’re going in and out of clouds and haze for realistic scenarios, a feeling you don’t get with the hood or glasses.

They need to get the cost down to $150 to make this viable. I hope someone is advising them that this is a small product that fits in the company’s portfolio. It’s one thing to sell a couple of dozen to higher-end flight schools at $1000. It’s quite another to be listed with Sporty’s or Aircraft Spruce and sell hundreds. Either way, it’s not a product that will support multiple full-time people for any length of time. It’s not a “pain-killer” but is a “great-to-have.” I love the product and wish them the best of luck!

Poll: Is Hydrogen the Future of Aviation?