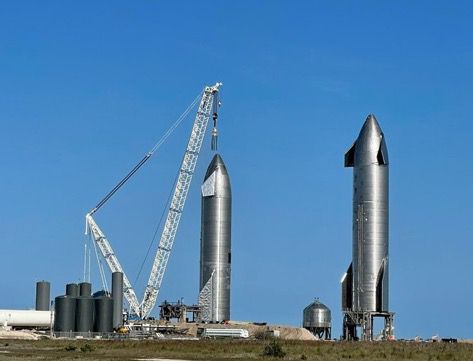 I have had considerable experience in space launch and was part of a team that developed the FAA/USAF safety standards. I do not know exactly what occurred here, but you need to realize that launches from Cape Canaveral and Vandenberg AFB involve the use of government operated ranges that mandate and express permission to launch. The SpaceX launch facility at Boca Chica is a privately operated range. It is not hard to imagine that data was uncovered related to the previous launch that concerned the FAA. For example, suppose the winds data showed that debris from a launch failure could have endangered populated areas. At the Cape or VAFB the USAF would have assessed the situation and not allowed the launch to proceed – we have done that. At Boca Chica the FAA is relying on SpaceX to do that.

Airliners are not required to operate from airports with control towers, but suppose the FAA found that an airliner had violated safe practices by not announcing its approach on the CTAF or proceeded to land even though there was already an aircraft on the runway. Don’t you think that the FAA might shut down the airline operations at that airport – if not everywhere – until they were satisfied that operations would be safe?

Back in the early 90s there was a Pegasus launch that was being supported out of the Cape and Wallops FF. The aircraft was just about to launch the Pegasus when data was lost at WFF. The aircrew made a decision to launch anyway, since aborting the launch after battery activation would have caused an extended delay, and WFF was really not needed anyway. There was an NTSB investigation into why the launch occurred even though the organization supposedly running the operation lost their data link.

Without a doubt, the finest article I’ve ever read, either the articulate writing or the aviation content. Should be recommended (required?) reading for all pilots. New pilots?: before solo and as intrioduction to any emergency training. Current pilots?: ASAP
Should become part of any FAA-sponsored programs, and be required in any pilot-directed FAA-approved programs.

Archilocus warned hotheads “by a prudent flight and cunning save/A life which valor could not, from the grave/A better buckler I can soon regain/But who can get another life again?” Or to paraphrase his famous epigram, the savvy ATC knows many things, but the prudent pilot knows one big thing–and that may save the mayday.

Discretion is not the better part of valor–it is the essence of coolness under fire, and of courage amid chaos.

Thank you, Mr. Turner. Your essay should be required reading–and all of it be taken to heart as well as mind.

Poll: Will the Terrafugia Flying Car Succeed in the Market?