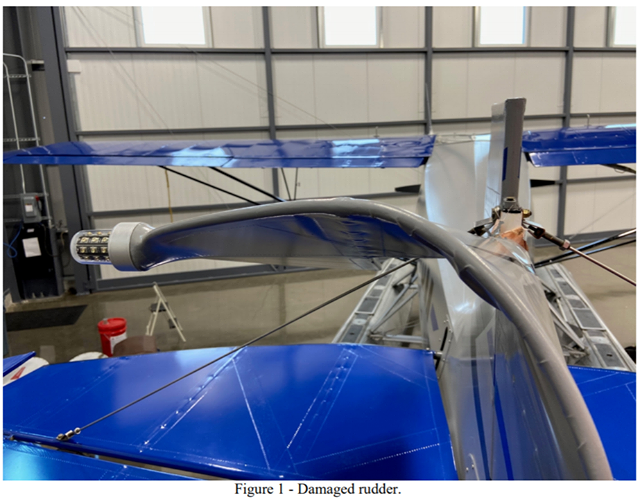 The NTSB’s materials lab is now poring over the rudder of a Piper Super Cruiser that bent almost horizontally in flight in Alaska last June. The board recently issued a preliminary report on the incident, which created some challenges for the two pilots on board but worked out safely in the end. A private pilot was getting float flying lessons from an instructor and the two took off from Lake Hood Airport to practice water work on nearby Twin Island Lake last June 8. With the student flying, the aircraft made a normal water landing on the lake and took off again. He was on the crosswind, intending to stay in the pattern for another landing, when the aircraft suddenly yawed to the right.

The instructor took control and quickly established that yaw control was all but lost and the aircraft was trying to climb. He pushed forward on the stick and dropped the water rudders to help stabilize the aircraft and headed for the airport rather than attempting another landing on the lake. After the safe landing, they saw the rudder separated from the stabilizer and flopped over to the left. “An initial examination of the rudder revealed that the vertical spar tube separated just above the upper hinge point and the top portion of the rudder folded over the horizontal stabilizer tail brace wires,” the preliminary report said.