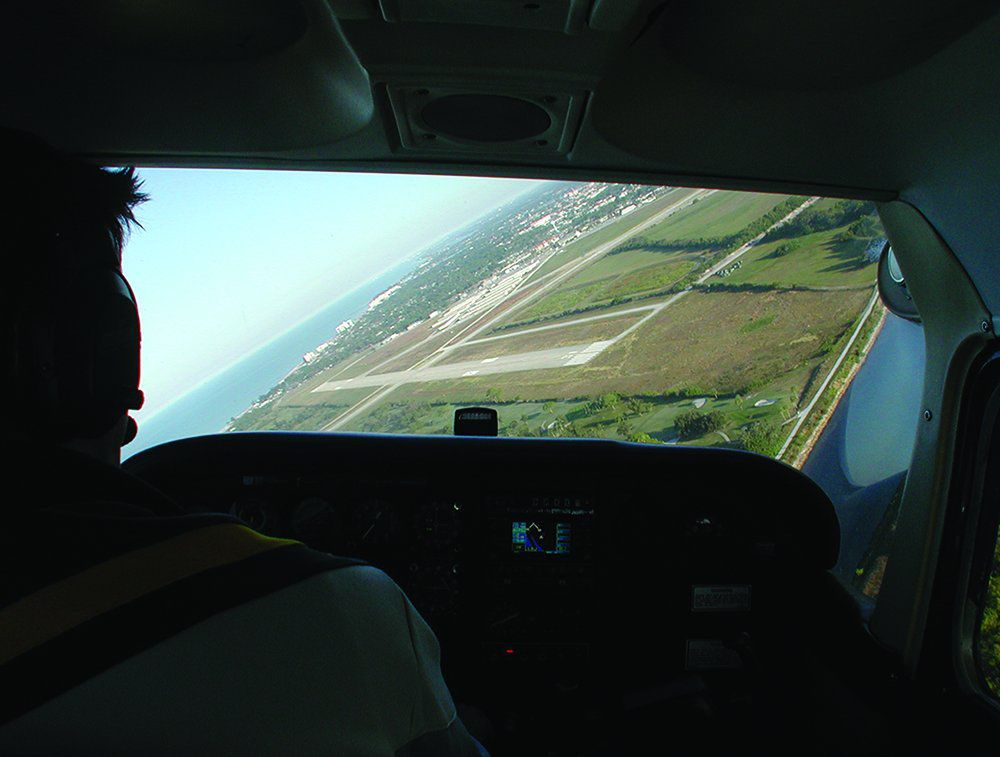 Can We Finally Prove The Impossible Turn Isn’t Impossible?

For 30 years I’ve taught–based on numerous exercises and flight with experts, and by putting hundreds of pilots through the exercise in a type-specific Beech Bonanza simulator–that the decision isn’t between “straight ahead” and “land on the reciprocal runway.” Instead, it is a range of possibilities that depend on the runway length, the weather and the pilot’s takeoff technique…and heavily dependent on the type of airplane.

For example, my experience is that the turnback to the runway is all but impossible in Beech Bonanzas from just about any altitude, unless the runway is extremely long, the winds are just right, and the pilot has substantial recent experience with the technique and executes it perfectly. In other words, it’s highly unlikely to be repeatable in the surprise of an actual emergency. However, it may be possible to turn up to 90 degrees and line up on a good option, or even make a full 180 degree turn and end up on the flat area of the airport grounds, depending on the current circumstances when the engine failure occurs. As height increases an ever-increasing range of options becomes available.

But at least in Bonanzas, completely losing an engine immediately after takeoff, making the 240 or more degrees of descending turn in the full Glide configuration, putting down the landing gear, touching down and rolling to a stop on the runway then calling the FBO to come tow the airplane in is the very LEAST likely outcome.

AOPA’s recent video confirms this for THIS TYPE of airplane. Two months ago I did this exercise with Scott “Gunny” Perdue as part of my annual Flight Review and confirmed that either the airplane is too low to turn and make it to the runway or, if high enough to line up, too far away to make it back to the pavement. Gunny recently videoed a repeat of the exercise in his F33C aerobatic Bonanza and reached the same conclusions. Both AOPA and Gunny join me in speculating this is because of the Bonanza’s wing loading and unusually high Best Glide speed, which increases the radius of the turn and therefore requires more time (and altitude) to align with the reciprocal runway.

We all accept that different types of airplanes have different takeoff, climb, cruise, low speed and landing performance. Yet in the context of this discussion often it seems it’s assumed that all airplanes glide alike, that the A36 I fly will turn back the same as the J3 flown by Paul.

Summing up: I’m very glad EAA is apparently going to sink significant resources into studying this. I hope as they do that they take the very type-specific differences of different airplanes into account when issuing conclusions and recommendations.

To me it’s like any other max performance maneuver: Trying to do it for the first time in a real emergency is a really bad idea. If you’ve trained and practiced for it in your specific aircraft you should know whether or not it’s possible, and if it is you should include it in every takeoff briefing.

Modern flight safety philosophies embrace the idea that pilots will make errors because they are humans. The emphasis is therefore on proactively recognizing when errors could be consequential, and taking early and effective avoiding action. Critically there is also an emphasis on recovering from mistakes

With respect to Paul’s scenario the failure to recognize the distraction of looking at the hawk was the error, however the recovery was a result of the hands and feet skills that recognized the soft stick and interrupted the developing loss of control with immediate, instinctive and correct actions.

I think the flight training industry is trying to develop the the threat and error recognition piece but the problem is a continuing problem with aircraft control skills.

When training I spend time on slow flight with the ASI covered because I want the student to understand what the airplane is telling them with feel of the controls.

Technology absolutely has a place in aviation, but not in initial flight training. The manipulation of the controls based on what you feel and what you see out the windshield is the key to developing pilots who can take advantage of technology, not depend on it.

Another great video Paul, thank you. But a big takeaway for me, a low-time ASEL, is that a high timer can (A) still get lazy and (B) still fly with his head where he can see what he had for lunch. I was hoping after a few more hundred of hours I would be immune to such afflictions. It’s a lesson for me that no matter how many trees I cut down to fill logbooks I can still slip (pun intended) into bad technique. Thank you, Paul, for admitting and sharing your mistakes so I can learn from them.

Poll: Have You Ever Inadvertently Stalled An Airplane?