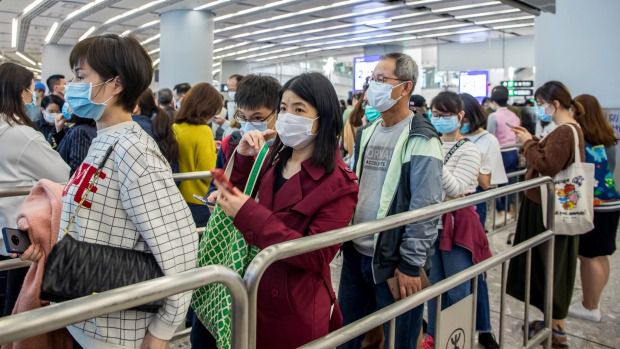 Today’s cancellation of the big Aero show in Friedrichshafen, Germany, early next month is hardly the first of its ilk and I’m sure it won’t be the last. Hard as it is to accept, aviation provides one of the most powerful vectors ever in the spread of disease and the favor gets returned in the form of canceled flights and travel plans.

And now my plans to attend and cover Aero have fallen victim to the panic. But is it really a panic? Is all this concern completely overblown? I keep seeing posts scroll by on Facebook and Twitter that we’re freaking out about 3500 Covid-19 deaths while seven or eight times that many die of the seasonal flu—or more accurately, complications from flu.

The Aero cancellation is a contained example of two kinds of contagion—the disease itself and fears about the disease, rational or not. I was sitting down this morning to write a story from a release Messe Friedrichshafen had published earlier in the week saying the show was on, but that the staff would be doing repetitive disinfecting and cleaning of oft-touched surfaces in the buildings. I have zero data to decide if this is an effective strategy, but it strikes me as a prudent, rational thing to do absent something better.

A few sentences into that story and in comes another announcement postponing if not canceling the whole deal. Embedded in that release was evidence of the second kind of contagion: Exhibitors and attendees were signaling no show and it doesn’t take much of that to make an exposition untenable. So the Messe did the right thing by canceling.

Of the people pulling out, I can imagine several rationales. One is the fear of contracting the virus in the first place, although the current probability of that is exceedingly small. Then there’s worry about getting there and not being able to get back because of travel restrictions not seen at the time of departure. Not such a small probability. There’s a mind gaming factor, too. If an exhibitor is worried about others canceling, including attendees, might they be more likely to do the same? I would be. These shows aren’t cheap to do, the return on the investment can be vaporous and if other people are bailing, why aren’t I?

For me personally, I had it wired. Well, of course I didn’t. There’s simply no reliable data by which to make a risk assessment. The virus has been extant for barely two months and all of the metrics are moving targets. The contagiousness is believed to be high, but is still in flux, as is the mortality rate. As I write this, Johns Hopkins’ Covid-19 dashboard shows 260 known cases in the U.S., compared to 101,583 worldwide.

Percentage wise on the total U.S. population, that’s a digit with seven zeros right of the decimal point and it’s a number so vanishingly small as to be uncrunchable in any risk matrix. But the random nature of virus propagation throws a wild card into the entire calculation and what’s true today might not be true tomorrow when a virus carrier gets into a crowded exhibit hall.

That gets me to airliners as disease vectors, which they assuredly are. The last time I got a lay-me-low cold was on a flight to Aero in 2013. You can hear me croaking as a result of it in this video. And I know I got it from the women next to me who was hacking and sneezing without covering her mouth. Yeah, some people are that inconsiderate. Airliners, of course, have been instrumental in making Covid-19 a near pandemic. It didn’t spread to 90-plus countries on tramp steamers.

The bounce back is coming in the form of a real sting to the travel industry. “The numbers we are losing now are monstrous,” Roger Dow of the U.S. Travel Association told the Los Angeles Times this week. The damage could be as high as $21 billion just for North American airlines alone. Some of this is no doubt due to the fear factors I described above, but not everyone is willing to look at risk numerically when dealing with something that looks like a tennis ball spiked with broccoli that you can’t even see.

My experience notwithstanding, there’s no good data on how or even whether an airline environmental system spreads an infection to passengers. A couple of years ago a research team studied a series of eight flights to get a gauge on inflight transmission of infections. The data was inconclusive on rate of transmission but suggested it’s low probability. The study did suggest occupying a window seat reduces the risk because the researchers observed those passengers had less contact with others in the cabin. On the other hand, the World Health Organization defines contact between passengers as being seated within two rows. Something to think about if you’re considering flying during this outbreak. I still will, at least for the time being.

As mentioned in this story, Sun ‘n Fun is going forward during the first week in April. The show will provide extra cleaning, hand sanitizer and other mitigations, just as Aero planned to do. Were I attending, I’d still bring some additional of my own because the best plans have a way of breaking down when you least expect it.

Covid-19 hasn’t officially crossed the pandemic line yet, but it’s hard to see how it won’t if you look at the outbreak map. The damage to aviation interests may just be getting started if the virus spreads into schools and institutions like the big flight training operations. I won’t be surprised to see more flight curtailments until the virus appears to be on the downswing.

Meanwhile, I don’t consider Covid-19 to be like the flu, for which I get an annual vaccine, or pneumonia for which I did the same. Low risk or not, I take it seriously. We all should.