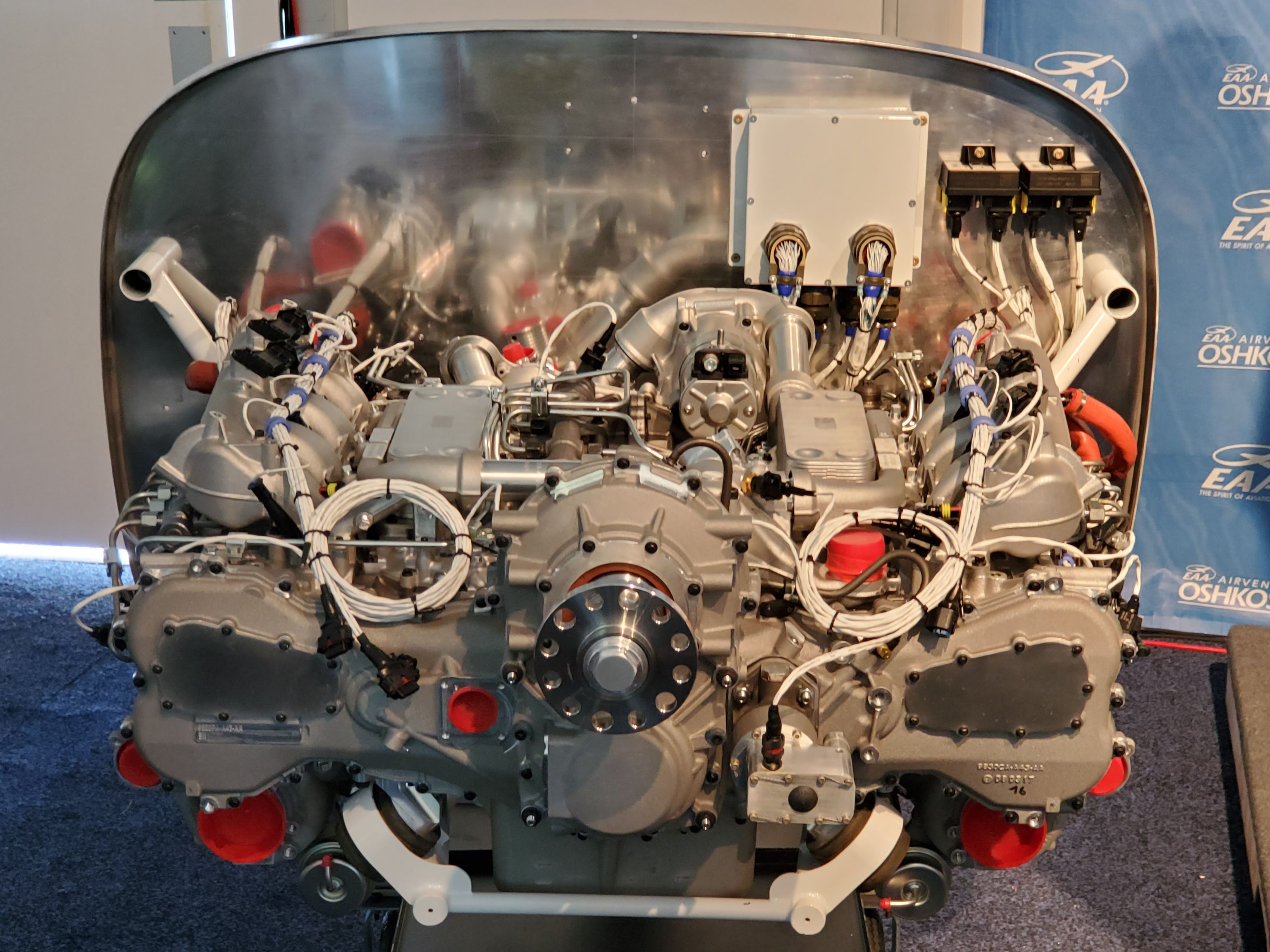 Engineered Propulsion Systems (EPS) has announced that certification testing is progressing on its clean-sheet Graflight V-8 engine. The company says it is in the process of conducting environmental and block testing for type certification credit on the eight-cylinder engine, which is capable of producing 320-450 HP. According to EPS, the type certificate variant produces 385hp.

The Graflight V-8 is a 4.3L flat vee capable of operating on diesel, jet fuel and kerosene. It is designed for a 3000-hour TBO. Engine features include an electronic control system and common rail fuel system, one electronic and three mechanical vibration control mechanisms, steel crank case and pistons, and single-lever operation. The production model of the engine debuted at Aero Friedrichshafen last April.

Of the more than 650 responses submitted to an EPS inquiry on multi-engine aircraft STC interest, the majority of owners wanted to see the Graflight V-8 available for the Beech Baron (20 percent) followed by the Ted Smith/Piper Aerostar (18 percent), Cessna 400 series (16 percent) and Cessna 300 series (15 percent). EPS also announced that it is planning to begin testing of its four-cylinder engine project in August 2019.