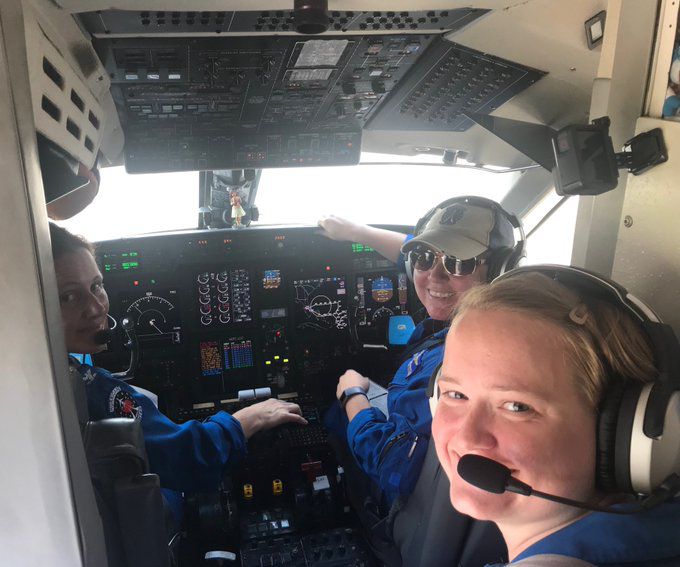 Embry-Riddle Aeronautical University in Daytona Beach has moved all its aircraft out of the potential path of Hurricane Dorian and closed all its facilities until Sept. 9 in advance of the approach of the powerful storm. ERAU officials are urging students and staff to take the necessary precautions to remain safe if the storm hits and those who can’t get out of the area will be offered refuge at local middle schools. Otherwise there is a mandatory evacuation order in effect at the campus and the university leadership wanted everyone who could leave to be gone by Sunday afternoon. A widespread exodus of light aircraft is expected from the eastern side of Florida as the Category 5 storm plots an unpredictable course up the coast of the state. Numerous airline flight cancellations are expected starting Monday and could persist for days because the storm is moving so slowly.

Meanwhile, the U.S. government is following its own advice and evacuating aircraft and ships from the various bases in Florida. Most of the aircraft are heading for west Texas, whose bases are expecting as many as 150 refugee fighters and naval patrol planes. While most aircraft are fleeing the storm, the National Oceanic and Atmospheric Administration aircraft are flying continuous missions inside the storm, taking measurements that gauge its strength and help predict its behavior. The first all-female three-pilot flight crew, Capt. Kristie Twining, Cmdr. Rebecca Waddington and Lt. Lindsey Norman, covered a total of 3,600 miles, most of it within the storm, on a mission on Thursday.