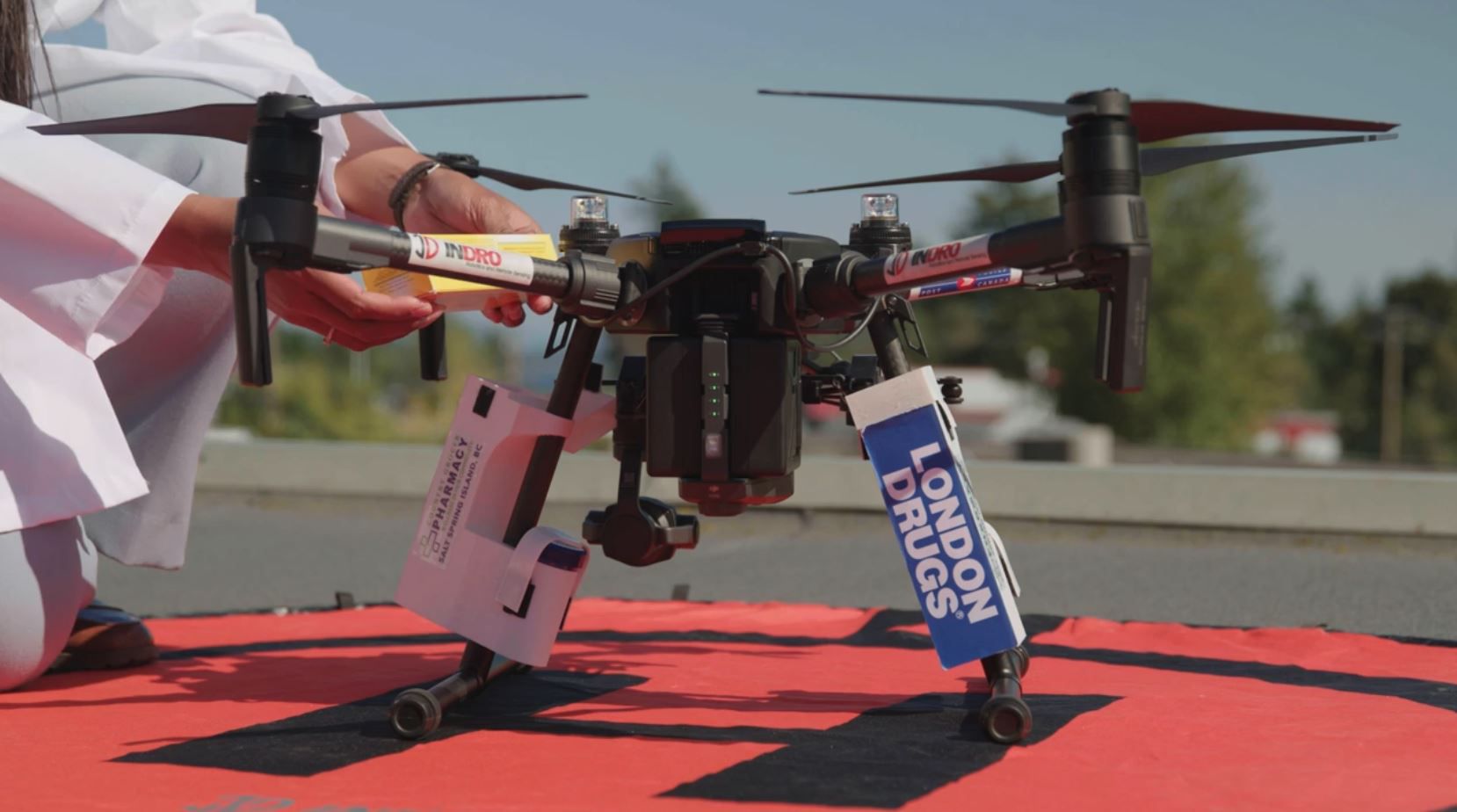 Canada conducted its first commercial trial of a beyond visual line of sight (BVLOS) drone operation earlier this month by dropping off some prescriptions to a patient on an island off the coast of British Columbia. Indro Robotics partnered with Canada Post to deliver an EpiPen and naloxone from a drugstore to a resident on Saltspring Island. A second delivery was made the same day to a grocery store. The drone made the four-mile flight in a few minutes whereas delivering the package by road and ferry would have taken most of a day.

The drone flew autonomously most of the way and Indro says it has sense and avoid technology to fly around weather, obstacles and other traffic. A safety pilot monitored the drone’s flights. Chris Chiew, a spokesman for London Drugs, the drugstore chain that shipped the prescriptions, said the technology promises timely delivery of essential items. “It opens up a huge opportunity for pharmacists to get aid quicker to those who need it,” Chiew told the Vancouver Sun. “In the very near future, we will be able to provide delivery of prescription medications to an abundance of areas not accessible by vehicle.”