Home AVWeb Insider If You See Me Propping, Go Away! (Unless You Wanna Pull A...
Print
Email
Facebook
Twitter
Linkedin 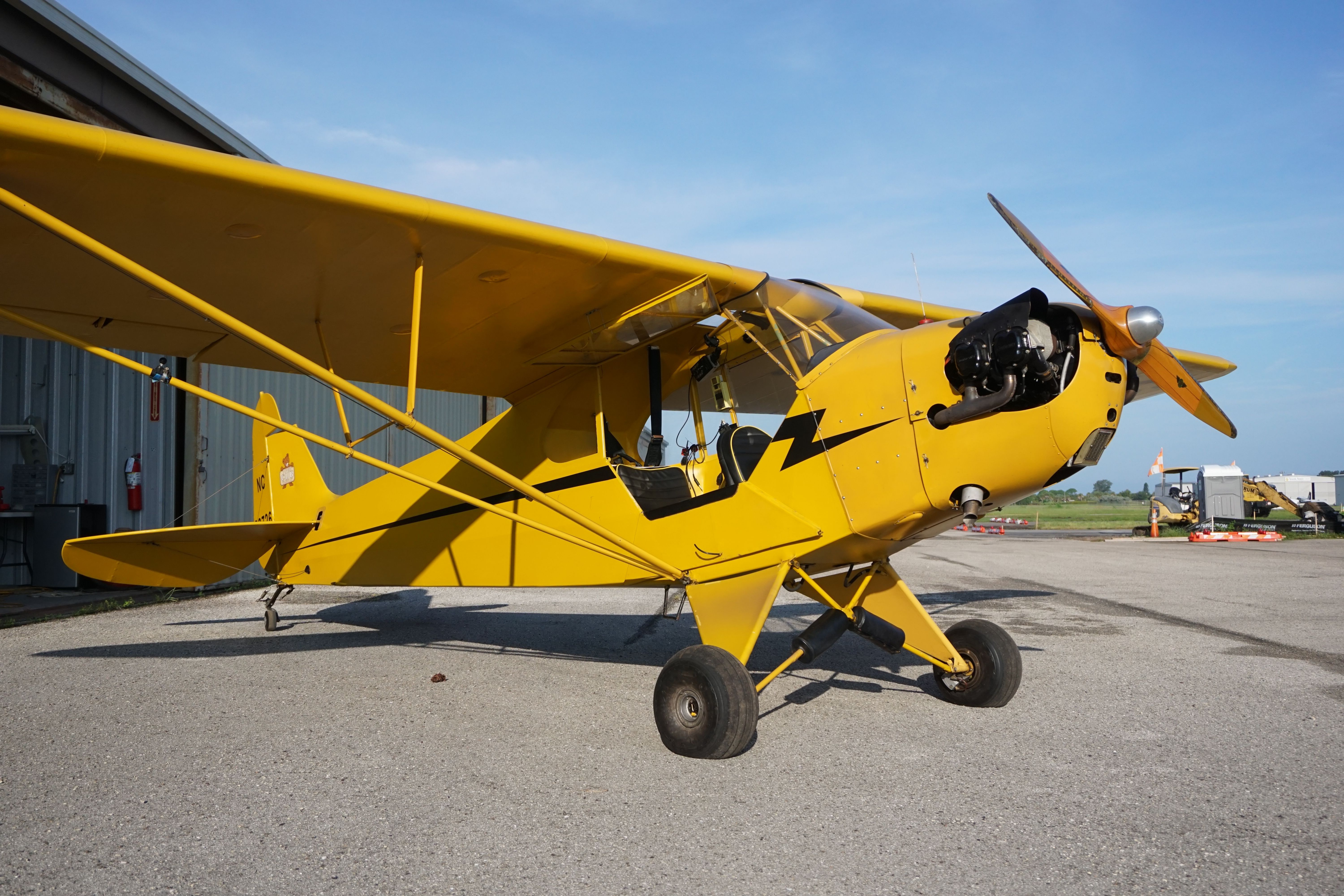 I’m not a superstitious person, nor am I particularly spiritual nor religious. I’m an agnostic on the paranormal, but I’ll admit to going a little around the bend on the existence of gremlins in old airplanes. Gremlins were, of course, well supported in World War II aircraft training manuals. Also, William Shatner saw one on the wing of a Constellation in 1963, fully three years before %$#@ really got weird in Star Trek.

A Cirrus would never have a Gremlin, of course, but maybe a data bus error or, horrors, noise in the music channel. But an 81-year-old dowager like our pre-war Cub definitely has gremlins and I talk to them. I learned this week that I’d rather not do this with an audience.

I’m embarrassed to admit I haven’t flown the Cub in weeks and so many of them have piled up as to be months. So on Thursday, I pulled the old girl out of the hangar and set to propping the Conti. But I knew at the outset this wasn’t going to work. When I drove up to the hangar, a contractor was building what I think is going to be wash pad, but five workers were just sitting there in that relaxed state that says somebody forgot the rebar or the pre-mix truck crashed on I-75. Or something.

The more I swung, the more agitated I got, not so much at the airplane, but the workers. Eventually, I pushed the Cub back in the hangar and pulled the doors shut. I felt like screaming … Yeah, I meant to do that!

On Saturday morning, I pulled the airplane out again, determined to get it started, this time with no audience. I primed it and swung through 10 blades. Nothing. Enough. In a low, even voice addressed to the prop hub, I said, “Look, you yellow %$#I of &^% (*^%, either you start this time, or I’m gonna open the gascolator and burn your sorry fabric-covered %$# where you sit.”

You know what happened. On the next blade, the Continental was ticking over like a sewing machine. Good thing, too. I’m not sure how serious I was about that gascolator threat.

Several lessons accrue from this. First, there ought to be a rule: “No person or persons may observe the propping of an airplane from a distance closer than 200 yards. Construction workers may not observe at all, unless glancing up from assigned work.” Second, when you haven’t propped in a while, you get lazy and the swing lacks the required vigor. You forget how much you have to put your shoulders into it.

Last, here in Florida, mags and plugs absorb moisture that erodes their performance. When you’re hand swinging a prop, there’s only so much energy to overcome that and sometimes it’s not enough. If the airplane is flown more often, this isn’t a problem. I know this because I flew this morning and the engine started on the second blade.

A Few Words About This Photo

It has been quite some time since I felt compelled to publish the picture below. It’s one of many photos I have of the destruction of more than 100 aircraft at Charlotte County Airport during Hurricane Charley in 2004. But for a lucky last minute jink, that could have been our hangar in Venice. But not our airplane.

Heeding the advice of survivors of Hurricane Andrew in 1992, I flew the Mooney out of harm’s way. I would do that twice more before the 2004 season ended. When I was gassing up to leave, I remember how the lineman couldn’t understand why it was worth the bother. On the morning of August 14, 2004, he knew why.

As I’m writing this, Hurricane Dorian is lashing the Bahamas with what may be record winds and surge. Florida’s East Coast may or may not be spared the brunt of it, but at the moment, the entire coast as far as Cape Hatteras is in the track cone.

I’m publishing the photo as a gentle reminder for pilots in those coastal airports to think about flying their airplanes out of the hurricane’s path, if practical. My strategy was always to get the home and hearth buttoned down first and if the schedule and resources allowed, to move the airplane.

Yeah, I know it’s insured. But if you’d rather not go through the hassle—and maybe trauma—of seeing your airplane shredded, flying out is worth a thought.