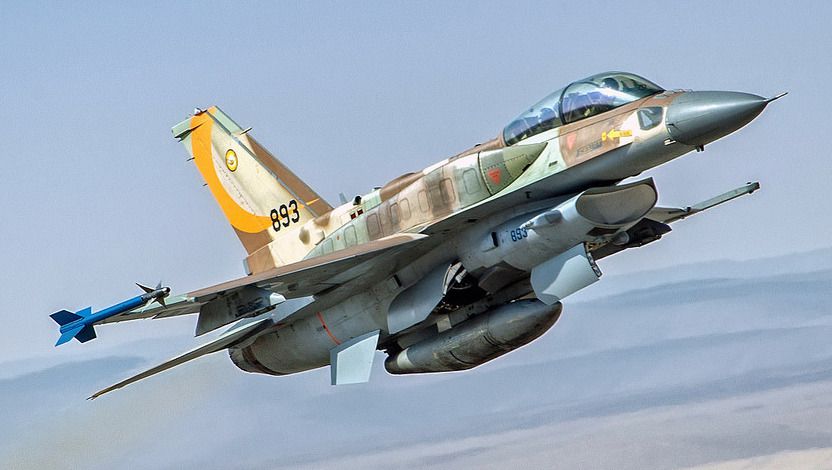 Russia is accusing Israel of using civilian airliners as shields to launch air strikes in Syria. The Russian Defense Ministry said Saturday that Israeli air force F-16s intentionally put an A320 with 172 passengers on board between themselves and Syrian anti-aircraft missiles as they launched eight air-to-ground missiles on positions held by pro-Iranian forces near Damascus last Wednesday. At least 23 people on the ground were killed in the attack. Russian Defense Ministry spokesman Igor Konashenkov was quoted by Tass as saying it’s become common practice for the IAF. “The Israeli General Staff’s military air operations using passenger jets for cover or [for] blocking of retaliatory fire by Syrian missile systems is becoming a typical trait of the Israeli Air Force,” Konashenkov said.

Konashenkov said the airliner was on its descent into Damascus when the Israeli strike occurred. He didn’t identify the airline but the Jerusalem Post used flight tracking sites to deduce that it was a Cham Wings aircraft. Konashenkov said the Airbus was “escorted out of the danger zone and assisted in landing at Hmeymim airbase.” There was no immediate response from Israeli officials. Israel is not an official combatant in the Syrian conflict but has launched air attacks on Iranian-backed forces to prevent entrenchment of those forces in Syria and their cooperation with anti-Israeli Hezbollah forces in Lebanon.