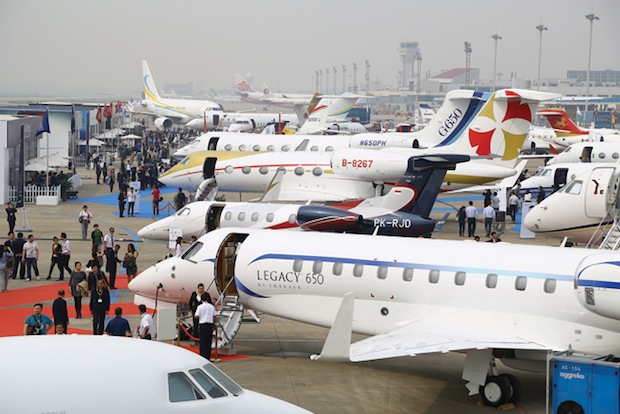 The National Business Aviation Association said Friday that it’s cancelling the ABACE business conference in Shanghai due to the coronavirus outbreak. The Asian Business Aviation Conference & Exhibition was originally scheduled for April 21 to 23 and is considered an important show for the business aviation segment. NBAA CEO Ed Bolen said, “ABACE has always been more than an industry trade show: it is a platform for building business aviation in China, throughout Asia and around the world.”

The decision comes in the wake of continuing economic disruption throughout the world due to the virus outbreak, which has killed 600 people and sickened about 30,000. Most of the victims have been in China, centered around the Wuhan area. But U.S. airlines have suspended service to China pending developments in isolating the virus. Airbus has temporarily shuttered an assembly line Tianjin and passengers from several charter flights returning U.S. citizens have been quarantined in California.

“While the Chinese government is taking commendable steps to address the coronavirus outbreak, the current situation has presented a very challenging environment for decision-making and action for ABACE participants to fully prepare for the event. This necessary step is being taken in the spirit of partnership, collaboration and transparency,” Bolen added. Plans are going forward the 2021 edition, which is set for April 13 to 15, 2021.

The Singapore Air Show is going ahead starting Feb. 11 but the world’s two largest business jet manufacturers aren’t going. Bombardier and Gulfstream announced earlier this week they were canceling plans to attend the show to protect staff from exposure to the virus. Textron is also bowing out. Canadian manufacturers Viking Air and DeHavilland Aircraft have also pulled out of the show as have at least 10 Chinese companies. The Chinese military air demonstration team will perform. The Singapore government announced Friday that it was raising the threat level in light of an outbreak of the virus there and recommending that all large-scale events be canceled or postponed.