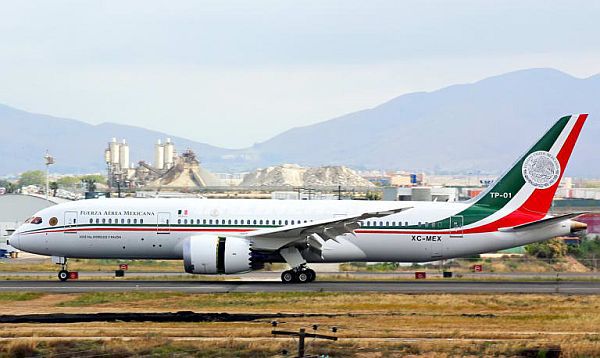 Those dreaming of a Dreamliner for a $26 raffle ticket were brought back to earth on Friday when the Mexican government announced it will hang on to the presidential Boeing 787-8 for at least two more years. But it’s going ahead with the raffle to sell six million tickets at 500 pesos each and instead award 100 cash prizes of about $1 million each. As we reported last month, President Andrés Manuel López Obrador proposed the plan to raffle off the aircraft, which is at his disposal but which he refuses to use. The raffle will gross $159 million and after the cash prizes are awarded the remaining money will be distributed to the 5,000 ticket vendors and used to make the last payment on the $235 million airplane, and whatever is left over will buy “stuff for the poor” according to a report in the Yucatan Times.

Exactly what the government intends to eventually do with the aircraft or how it will be used for the next couple of years was not discussed by Obrador, known as AMLO, in his announcement on Friday. He did say that if a buyer comes along for the aircraft at the minimum price of $130 million then it might be sold. As for the raffle, it seems most people liked the idea in general but not the prize. Winning a Dreamliner would immediately saddle that winner with storage and maintenance costs far beyond what an average person could afford and the original rules of the raffle prevented the winner from selling it off for less than its value. AMLO has refused to fly on the luxurious aircraft, which is configured for 85 passengers and has a private presidential suite. It was purchased by the government of former President Enrique Pena Nieto, who used it 214 times in his last 30 months of office.