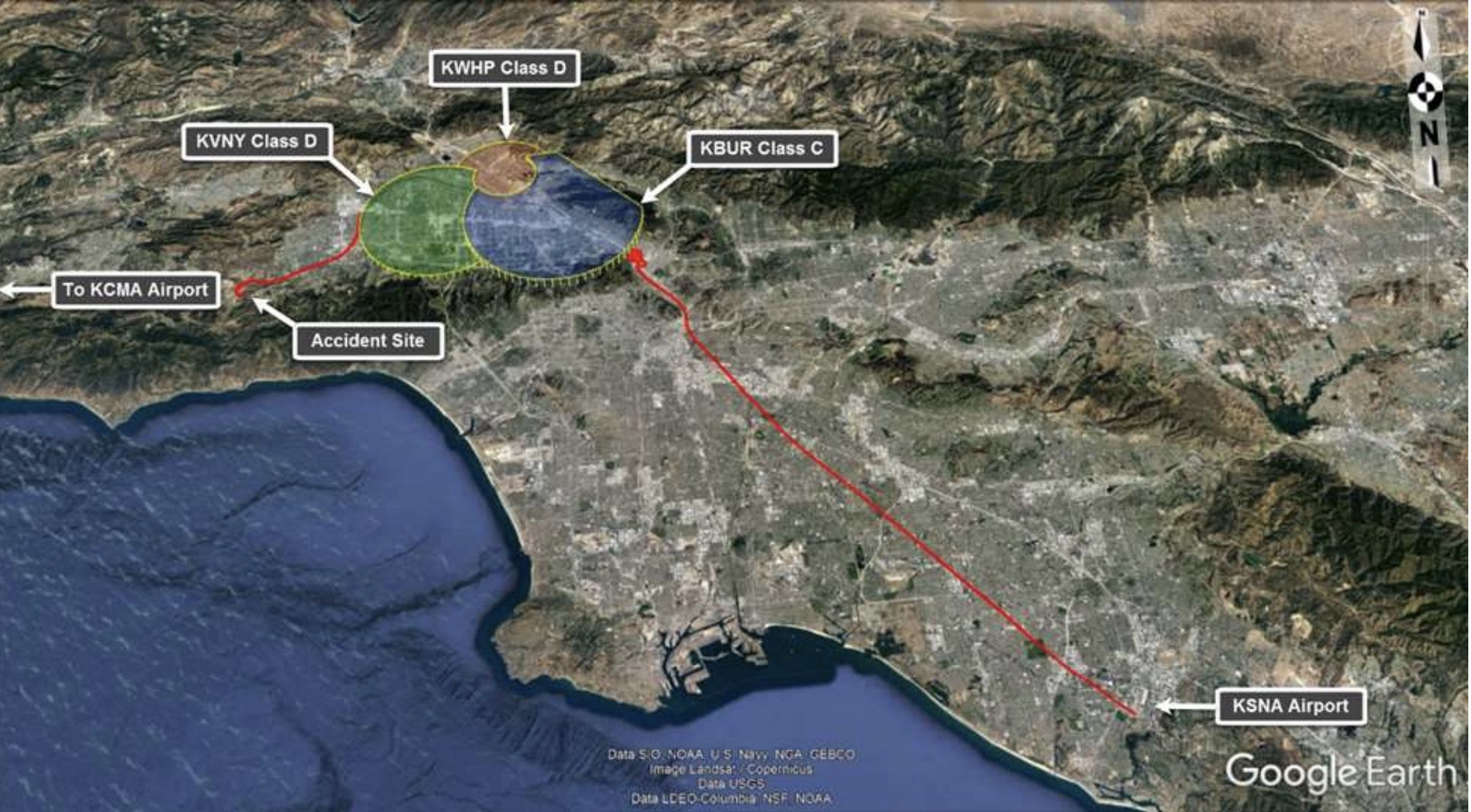 In a detailed preliminary report Friday, the NTSB said it found no evidence of mechanical failure in the S-76B helicopter crash that killed basketball star Kobe Bryant and eight others last month. The aircraft went down in poor weather at Calabasas, California, while on a VFR flight from Santa Ana to Camarillo on Jan. 26. Investigators accounted for most of the wreckage and said the impact pattern indicated a high-energy crash.

Although the wreckage was significantly destroyed by fire, the NTSB said it found no evidence of powerplant, rotor or control failure. The impact crater was 24 feet by 15 feet in diameter and was 2 feet deep. Just prior to the crash, radar and ADS-B data indicated the S-76 was following Highway 101, a major freeway through the terrain leading toward Camarillo. The aircraft climbed to a peak altitude of 2300 feet—about 1500 feet above the highway, which runs through a canyon—before entering a descending left turn that eventually reached a vertical speed of 4000 feet per minute and a forward speed of 160 knots.

A National Weather Service camera analysis indicated that the cloud tops were about 2400 feet. A witness interviewed by the NTSB said the area was cloaked in mist when he heard the sound of a helicopter growing louder. He saw the aircraft emerge from the clouds traveling fast on a descending trajectory. It rolled left before impacting terrain about 50 feet below his position, according to the report.

The report said maintenance records indicated the helicopter had 4716.1 hours total time and there were no outstanding airworthiness directives or minimum equipment list items. All of the aircraft’s inspections were up to date. The helicopter had a four-axis automatic flight control system, EFIS, radio altimeter and ADS-B. It was not equipped with TAWS or a flight data recorder, nor was it required to be.

The pilot had a current second class medical and about 1250 hours of S-76 time and 8200 total hours.

The NTSB expects to release a final report with probable cause in about a year.