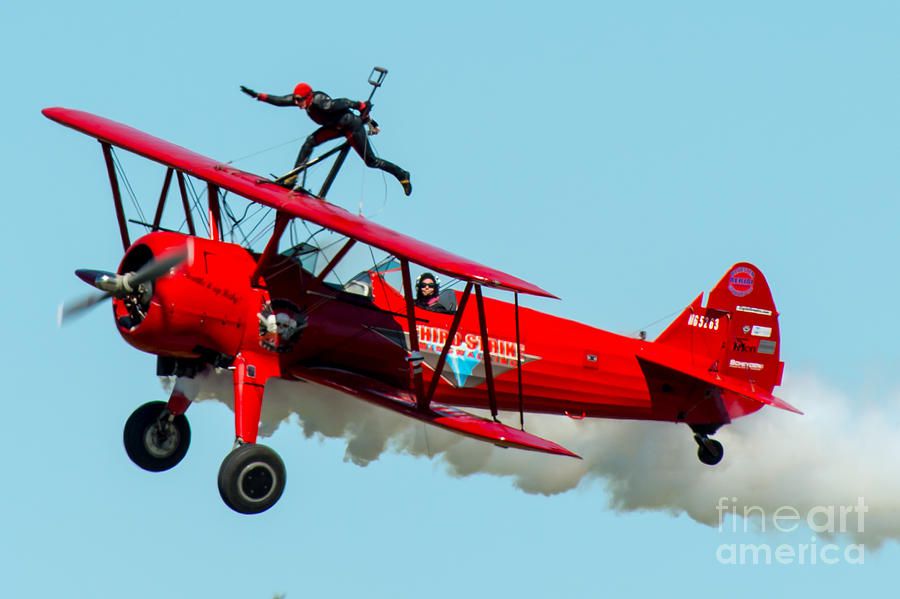 We all have moments in our lives when time is suspended and something happens that’s forever stamped into the memory.

Such a thing happened to me in the summer of 2014. The Patriots Jet Team flew the California Capitol Air Show in Sacramento. I fly the number 3 position on our team of six L-39 jets.

Once an airshow starts, and that’s usually around noon, the acts are back to back until the end of the show, normally around 4:30 p.m. While someone’s on stage, the next performers have engines running so there’s no break in the entertainment.

On this day, we were following Carol Pilon’s wingwalking act. She climbs around like Spiderman on a 450-HP Stearman through loops, rolls, wingovers, inverted passes and everything else you can think of. It’s an impressive, gutsy act and she’s one of the characters in the airshow world; confidant, competent and full of personality.

While Carol and her Stearman were in the box in front of the crowd, our team of six black jets got clearance to taxi for takeoff. We were parked at midfield and the taxi route took us dead center under the aerobatic box via a cross-taxiway, to the far side of the runway, where we’d make a left turn to the active.

The cross-taxiway was narrow so our taxi formation was six jets, single file, nose to tail. As it came time for me to pass under Carol’s show line I looked up to my left and the red Stearman, with Carol standing up casually on the top wing, was in a 45-degree dive pointed directly at my airplane. And she was looking straight down the line of flight. At me. The eye contact was unmistakable, so I let go of the stick and did a little wave with my white-gloved right hand. You’d have had to be looking down into the cockpit to see it. And she did. She raised her arm, gave an equally subtle wave and an instant later was gone. The Stearman passed overhead left to right in a blur of noise and smoke.

For that span of a second, we had a private moment where two friends greeted each other amid the noisy, dynamic world of a full-tilt airshow. It was an unexpected, spontaneous moment for two friends to say “hi, nice to see you.” There was no one else but us, and I’ll never forget how intimate the experience was.

I’ll be telling that story until I’m in a rocking chair on the porch of the old-pilots home. And, of course, I’ll be sitting on that porch with six other aviators who were there that day. Sticky, Banker, Wilbur, Stache and Scratch will roll their eyes and tell me one more time to come up with a story that’s believable. (They never saw anything.) Carol will just quietly rock and smile.

John Posson is a corporate pilot and member of the Patriots Jet Team.