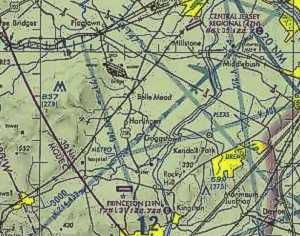 Today’s misapplied quote flutters over the transom on the butterfly wings of 1 Corinthians 13:11: “When I was a child, I understood as a child. However,” the author continues, “when I became a man (no mention of women; undoubtedly an oversight), I put away childish things.” Only not so much in aviation, because as an adult—in age only—whenever I open a hangar door, childish things inside refuse to stay put away and sproing out like unchained Slinkys. Nothing anyone can do about it, Sister Belladonna. She was the fourth-grade teacher who caught me staring out the classroom window at airplanes headed to nearby Teterboro, N.J., airport and said if I didn’t “pay attention” to whatever group activity had bored me into somnambulance, I’d never amount to anything. She was right, and I haven’t.

On my first flying lesson in 1973, the instructor, Jim Rounkle, asked: “Why do you want to fly?” I was stumped. Being 19, that wasn’t unusual, and I muttered some malarky about speedy travel and career opportunities when the real reason eluded me. Yeah, I’d hoped flying would make me look cool, but it didn’t. Nothing does. There was no right answer, and today, I still don’t know. Although, I do know it had little to do with practicality.

Upon reflection, possessing a pilot certificate and a variety of airplanes has allowed me to fly far and wide, even when ATC complains that I’ve passed my clearance limit or am wide of the assigned route. But, and this is quotable, getting lost is the first step toward being found, and there’s merit in diverting to ask directions.

I hesitate whenever briefers—cyber or human—request my intended destination, like I’m supposed to know. C’mon, do you always know why you’ve walked into a room? Or opened the refrigerator? The primary reason I brief for flight is to spot TFRs within 100 miles of my departure point, and I generally know where that is. Strangers, seeing me preflighting, might ask the silly question, “Where ya goin’?” I’ll reply, “Don’t know, but it’s a nice day to get there.” Then, if they seem not too crazy and won’t put the airplane significantly over gross, I’ll ask, “Wanna come along?” By then, they’ve usually moonwalked away. Their loss. If I were an airline captain—and be thankful I’m not—my PA announcement would be: “They’re closin’ the door, folks, so we’ll be gettin’ underway momentarily. (Pause.) Any destination requests?” Flying for Spirit Airlines, I might add, “Care to wager when or if we’ll leave the gate …?”

It’d be helpful if, when briefing online or with a perceived AFSS human, after selecting an arrival airport, the briefer would prompt, “Pilots who briefed for Hollister Muni, also liked …” and provide alternates.

Perhaps I’m callow and not the ideal spokesperson for aviation … or anything with serious adult intent, such as hot air ballooning. That said, I’ll marvel at the latest Garmin/Avidyne/PlayStation displays that replace an airplane’s analog instruments and might as well cover the windshield, because computers can navigate way better than I can and now even land better, which admittedly is a low bar. But I’ll always check the wet compass after turning to a heading and tap the oil pressure gauge on engine start. Older airplanes expect that. Plus—and this gets techy eyeballs rolling—I proselytize about coordinated turns or utilizing adverse aileron yaw in crosswind landings. You know, stick-and-rudder skills, not swipe-right aeronautical distraction making.

Possibly a fetish, I enjoy the feel of paper charts, leaching the essence of fresh magenta. Before downshifting from Basic Med status to Sport Pilot—to avoid risking the latter in hopes of retaining the former—I taught primary students to navigate, using paper sectionals, mechanical E6B computers, and the vague unease of always feeling slightly lost. A little anxiety sharpens the mind and challenges your assumptions. Not so for Lindbergh who crossed the North Atlantic with confidence and stunning accuracy, utilizing little more than an earth inductor compass and a cheese sandwich, both now in the National Air and/or Space Museum. But I ain’t Lindy, and he wasn’t merely “Lucky.”

Consistently finding one’s destination is overrated and engenders high expectations, leading to unnecessary stress. Example: If you’re holding a heading, which is making you lost, then any other heading is possibly better than the one you’re on so get off it. GPS, VORs (for retro-nav), and ATC assistance makes getting found and pointed in the right direction easy but dissatisfying. I prefer, instead, to land at what appears to be an airport and ask the local sheriff in my best W.C. Fields voice, “Is this Kansas City, Kansas or Kansas City, Missouri?” *  I once became so pathetically lost over Tennessee that I landed to ask directions, only to discover I was in Kentucky. There being scant difference between the two, I stayed, met nice folks at the FBO, borrowed their car and spent the night in it.

But all seriousness aside, consider Donald A. Hall, an adult engineer who must’ve paid attention in grade school and designed Lindbergh’s Spirit of St. Louis Ryan NYP monoplane.  More to my design comprehension, though, is Slinky. This pre-compressed helical spring was invented (discovered) in 1945 by Richard T. James who was supposed to be working with other adults on gizmos to stabilize instruments but instead, must’ve been staring out the window at airplanes when he knocked over a coiled wire that “walked” down from his desk and inspired future pilots everywhere. Therefore, if you want to experience the full measure of aviation genius, refuse—as Richard T. James did—to put away those childish things that make kids better at appreciating what’s seriously better in flight.

* WC Fields’ Kansas City line is from International House (1933), uttered as a rejoinder to, “Perhaps you’re lost,” to which autogyro pilot Fields replied, “I, sir, am right here. It is Kansas City that is lost.”