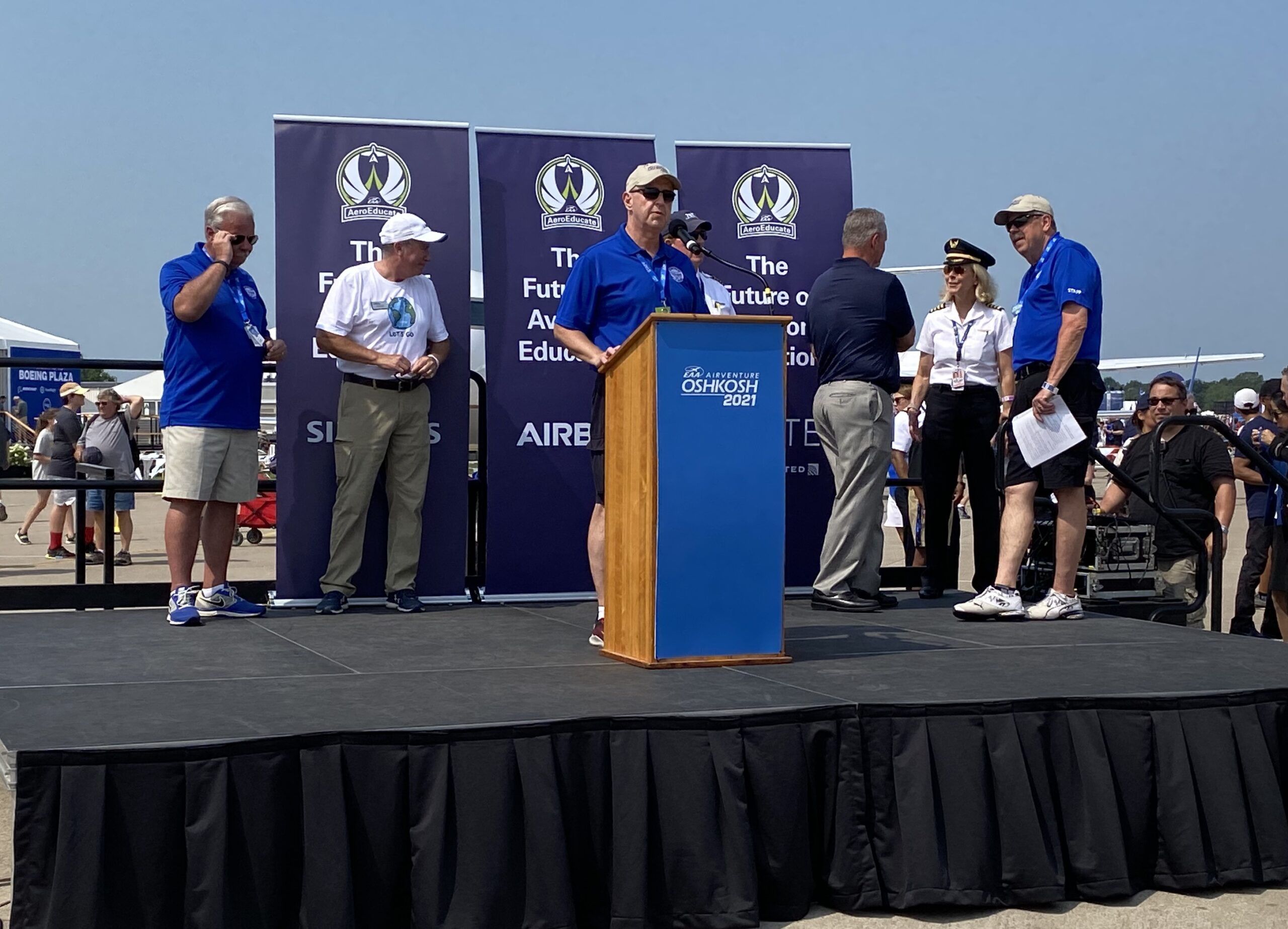 EAA officially launched AeroEducate at AirVenture. An ambitious program aimed at steering young people toward aviation careers, AeroEducate is meant as a follow-on to the association’s Young Eagle program, which has helped provide some 2.5 million student-age children with their first airplane ride.

Supported by industry partners, the program targets 5- to 18-year-olds, parents, EAA chapters and schools to cultivate interest in aviation. EAA CEO and Chairman Jack Pelton said, “This is the ‘Next Step’ for direct youth aviation education that was pioneered by the EAA Young Eagles program in the 1990s. AeroEducate will encourage participation from young people, their parents, teachers, and EAA chapters in a way that builds interest in aviation from initial fun to possible career paths.”

AeroEducate incorporates the following elements: a badging program to encourage engagement; clear pathways to “demystify” the career journey, not only for pilot positions, but also for business, support, engineering, manufacturing, and maintenance jobs in aviation; classroom activities that use the inherent excitement of aviation to help teachers engage students; and a nationwide database of youth aviation activities with opportunities to participate.

Rick Larsen, EAA’s vice president of communities and member programming, said, “This initiative uses the best of aviation, education, and technology in a way that reaches kids where they are and where they want to go.”