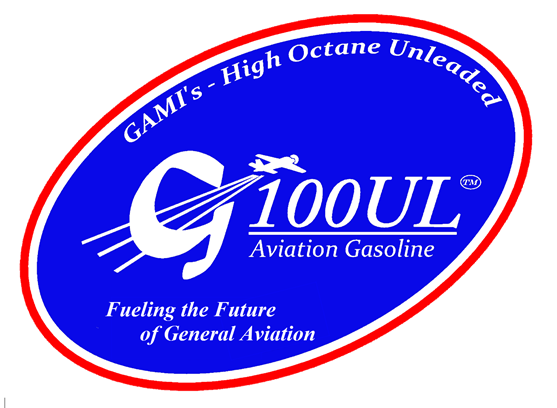 When George Braly and Tim Roehl embarked upon the should-not-have-been-so-hard task of developing a 100-octane unleaded fuel, I was still a young man. Pretty much 11 years younger. That’s how long it took for the FAA to stop dragging its feet, cease erecting bureaucratic barriers and refrain from changing the rules after every test proposal. But as of Tuesday, the deed is done. General Aviation Modifications Inc. got its STC for G100 fuel.

Now the interesting part begins. How to integrate a fuel into a broad system that kind of stumbles along on an uncertain will by the oil companies to continue supplying a leaded fuel when a perfectly suitable unleaded alternative is available. And how the two fuels will coexist peacefully until the unleaded variety can displace the leaded version. The trigger point turns on two factors. What regulators will do about finally stamping out lead and what the major oils now producing leaded fuel decide to do.

Last week, I asked the EPA where they are with the finding of endangerment that would finally declare lead to be a hazard worthy of rulemaking to bar its use. The answer: ongoing work, no timeline. Ditto in Europe, which is generally more stringent about such things. I don’t see anything certain about the timeline there, either. But it may not matter. With a suitable unleaded fuel available, the momentum may shift because of the inevitably of leaded fuel being phased out. I can’t imagine lead will still be in fuels five years from now. But then I couldn’t imagine it would take 11 years to get a workable lead-free fuel developed. And it really took more than 30, since this work began in the late 1980s. Dozens of alternatives were tried, none worked. As long as the EPA’s lead dispensation for GA existed, the work was barely serious.

The major oils have been backing out of avgas production in slow motion. Chevron used to make it at its Salt Lake City refinery, but stopped when the equipment reached end of life. It still makes it in Richmond, California, but who knows for how much longer. By history and tradition, Phillips seems to be the most committed to aviation fuels and is reportedly developing a 100-octane product of its own. We have no reliable information on this, so it might as well not exist. Exxon is still in the game. Who knows if they want to bail out of messing with dangerously toxic lead.

As refinery products go, avgas is profitable, but not much. Demand is about 150 million gallons a year and Paul Millner, who spent a career in the refinery business including avgas production, estimates the total profit in avgas hovers around $50 million a year and is probably in graceful decline. This could mean that some of these companies will be happy to scrap the lead shacks and convert to producing G100 under license from GAMI. As Braly told me, if that does or doesn’t happen, GAMI has engaged Avfuel to produce and distribute G100. Since it’s a blended component fuel consisting of available alkylate and a readily manufacturable additive package, this should be technically doable, although ‘twixt cup and lip there are potential stumbles. One is that if states and/or cities begin prohibiting leaded fuel before a credible production system is in place, demand could outstrip supply. And suppliers and oil companies have routinely engaged in counter-competitive contracts to exclude certain fuels from a presence on the airport. These companies tend to have well-staffed legal departments always looking for court challenges.

I’m trying to look on the bright side, though. The STC at least offers a glimmer of hope that there is finally a 100-octane alternative and that airplanes that require it, won’t find themselves beached if the push against lead pollution reaches critical mass. I would love to have parked an HD-recording fly on the wall in FAA HQ to see what finally broke this loose. I can’t help but wonder if it was a sense of panic that it would finally be revealed that the reason it took this long is not that some miraculous chemical had to be discovered or there was some demon lurking in the dark corner of the detonation envelope or that some obscure federal regulation gummed up the works, but because certain factions in the FAA tried to prevent it, aided and abetted by certain factions in the GA industry itself.